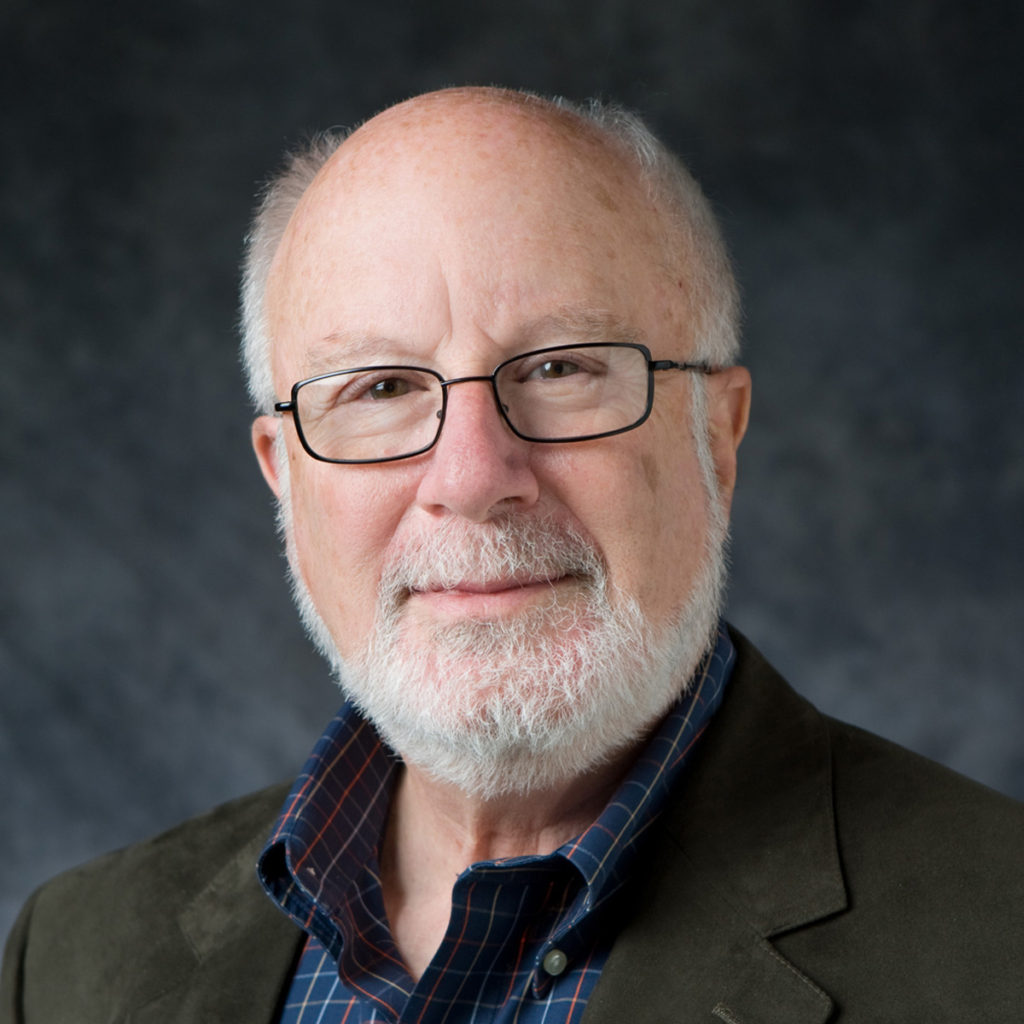 The son of artists Edgar Levy and Lucille Corcos and godson of sculptors David Smith and Dorothy Dehner, Levy grew up in the midst of the creative community that moved the world’s art capital from Europe to New York during the seminal years of the late 1940s and early ‘50s. An internationally known and highly respected arts professional, he is an educator, museum director, art historian, artist/designer and musician.

In 2011 Levy created an interdisciplinary program combining the study of art business and connoisseurship with hands-on training in interior design granting a master’s degree from Sotheby’s Institute of Art and an Interior Design Certificate from the New York School of Interior Design. In 2012 he established a partnership with Claremont Graduate University in Los Angeles County, creating a major west-coast center for The Institute and in 2015 he developed an articulated MA program with Beijing’s Tsinghua University that enrolled 58 students in its initial year. Over and above this American/Chinese collaboration, Sotheby’s Institute of Art enrolls approximately 450 full-time students, primarily in programs leading to master’s and PhD degrees.

Founder and Chairman, Bach to Rock (B2R)
In 2007 and with his wife Carole Feld and partner Jeff Levin, Levy founded Bach to Rock (B2R), a chain of music schools with an innovative curriculum based on the formation of small bands and targeted primarily to young people in grades K–12. Under the management of CIG’s Education Group, B2R currently includes 43 schools, including six corporately-owned sites in the Washington, DC, region plus 16 operating franchises and another 21 under construction.

Levy took the Corcoran’s helm amidst the aftershocks of a national firestorm created in 1989 when the museum cancelled a politically controversial exhibition of photographs by Robert Mapplethorpe. One of the sparks that ignited the “culture wars” of the early 1990s, the Mapplethorpe incident decimated the Corcoran’s constituency of supporters, wrecked its attendance, and seriously threatened its future financial viability.

Over his 14-year tenure, Levy rebuilt both the museum and its college of art, mounting more than 300 exhibitions and expanding the museum’s 1990 attendance of 80,000 to just under one million by 2004. He increased the Corcoran’s cash assets from $8–22 million, led a capital campaign that raised $110 million, increased its membership by 600 percent, and doubled the college’s undergraduate enrollment. He created the school’s first master’s level graduate programs, acquiring and restoring an historic 19th century Georgetown schoolhouse to house them. Levy left the Corcoran in 2005 and a decade later, in 2015, the museum became a division of The National Gallery while the college merged with George Washington University.

Collaboration with Frank Gehry
In the first years of the 21st century, Levy worked closely with architect Frank Gehry, who was retained to create a new and final wing for the Corcoran museum and college. The resultant design was received with acclaim and excitement. Final drawings were completed, building permits issued and $110 million raised towards its $160 million cost. Following the collapse of the Internet bubble in 2001-2002 and the untimely death in 2004 of the Corcoran’s board chairman, the Corcoran trustees underwent a significant change of leadership and abandoned the Gehry project. As a result, Levy resigned as President/Director, subsequently accepting his current post with Cambridge Information Group.

Co-Founder, Delaware College of Art and Design (DCAD) 1995-6
In 1995-1996, responding to a request by a public/private partnership in Wilmington, Delaware, to create a college of art in the city’s downtown center, Levy and Corcoran Dean, Sammy Hoi, developed a strategic plan, helped raise local funds, and formed a partnership between the Corcoran and New York’s Pratt Institute, to co-found and manage the Delaware College of Art and Design, a two-year school of art. DCAD also provided an articulated transfer path for students wishing to continue their studies and complete a four-year degree in either Washington, DC, or New York City. The school thrives today and the Corcoran/Pratt partnership continues to exemplify innovation in higher education and the arts.

Parsons School of Design and The New School, 1962-1991
In 1962, at the age of 23, Levy was appointed Director of Admissions at Parsons School of Design, becoming the school’s vice president in 1968. Following the resignation of Parsons’ president in 1969 and the imminent prospect of Parsons’ insolvency, Parsons’ trustees instructed Levy to close the school. Instead, he negotiated a merger with The New School for Social Research. Under Levy’s stewardship over the following two decades, Parsons grew from a small, struggling, non-degree-granting trade school into one of the largest and most diversified visual arts colleges in the United States, offering multiple undergraduate and graduate degrees in a diverse range of visual arts disciplines.

During Levy’s 19-year tenure as its CEO, Parsons became an international college of the arts, with campuses in Los Angeles, France, The Dominican Republic, and Japan. Parson’s enrollment grew from 480 in 1970 to 12,000 by the early 1980s, and it became the principal financial support for its parent university, The New School.

Levy developed and often wrote curricula for more than 30 new bachelor’s and master’s degrees as well as for continuing education offerings in every visual arts discipline. He taught Art History at Parsons and SUNY and created special programs for arts education and research in Italy, West Africa, Israel, Japan, Russia, the United Kingdom, and Greece.

The New School of Jazz and Contemporary Music and Mannes College of Music
In 1987 Levy established the university’s first music division, The New School for Jazz and Contemporary Music. He wrote the school’s initial curriculum, and with the help of his musical collaborator, saxophonist Arnie Lawrence, recruited a faculty of world-renowned jazz artists including Sir Roland Hanna, Tommy Flannigan, Chico Hamilton, Jimmy Heath, Donald Byrd, Reggie Workman, and Red Mitchell. Offering New York’s first undergraduate degree in jazz, the school has since grown to become internationally recognized as one of the most influential conservatories in its discipline.

Chancellor, The New School
In 1989, during his tenure as the university’s Chancellor, Levy and his colleagues merged the Mannes College of Music into the university’s community of schools, substantially grew the school of Jazz and Contemporary Music and a monitored the development of many other programs and departments throughout the university.

An aspiring musician, Levy had planned on a conservatory education, but influenced by his family-friend and neighbor, the philosopher Charles Frankel, he attended Columbia University’s Columbia College where he majored in philosophy with an emphasis on aesthetics and art history. After Columbia, Levy attended New York University’s Institute of Fine Arts and the university’s Steinhardt division, from which he received a master’s degree and a PhD in organizational theory. His doctoral dissertation was an analysis of the failure of Parsons School of Design in the 1960s and of the strategies and history that underlay its merger with The New School for Social Research.

Levy was made a Chevalier des Arts et des Lettres by the Republic of France, received the New York State Regents Award for distinguished leadership in higher education; and in 1995, was honored by New York University with a “Distinguished Alumni Achievement Award” for his work as an “extraordinary arts administrator, art scholar, performing musician, philosopher and aesthetician.” The following year (1996) he was named Washingtonian of the Year by Washingtonian Magazine.

As a graphic designer, Levy art-directed some 60-100 publications annually at Parsons School of Design, many of which won design awards and commendations from such organizations as the New York Art Directors Club and the American Institute of Graphic Design (AIGA). He holds honorary degrees from The New School and Cedar Crest College.

David Levy has served as a Commissioner of Arts and Humanities for the District of Columbia, as an advisor to the Smithsonian Institution, and as a trustee of the National Foundation for the Advancement of the Arts (Young Arts), the National Association of Schools of Art and Design, and the National Hospice Foundation. He currently serves on the boards of the Alliance for Young Artists and Writers (The Scholastic Art and Writing Awards) and the Larry Rivers Foundation. He is a member of the Century Association (NY) and the Cosmos Club (Washington, D.C.).

Early Years: Born in New York City’s Brooklyn Heights, Levy’s family’s circle was a snapshot of artistic and intellectual life in and around New York. With his parents’ household and studios as its informal center, Levy was immersed in a vibrant creative community from an early age. Frequent visitors included his godparents, the sculptors David Smith and his wife Dorothy Dehner, modernist painter Jan Matulka (who was the elder Levy’s and Smith’s mutual teacher), artists Adolph Gottlieb, Mark Rothko, Ad Reinhardt, Arshile Gorky, Louise Nevelson and many others.

The Levy family subsequently moved to an 18th-century farmhouse on the fabled South Mountain Road in Rockland County, some 50 miles up the Hudson River from New York City. “The Road” had been settled by a group of well-known artists, writers, musicians, and actors, a tightly knit group of friends and a social and professional milieu who quickly embraced the Levy family and had a profound influence on young David.

Jazz: Since his late teens, Levy has had a second career as a jazz musician and has played and toured in the United States, Europe, and Asia with some of the leading jazz artists of the 20th century. These have included Jimmy Heath, Chico Hamilton, Junior Mance, Arnie Lawrence, Roland Hanna, Reggie Workman and Donald Byrd. He has also performed with singer Joni Mitchell and with actor/musician George Segal. With his close friend and associate, the artist Larry Rivers, he created The East Thirteenth Street Band, which recorded for both Rizzoli and Atlantic Records, performing throughout the United States in the 1980s and early 1990s.

Photography: From the 1960s onwards Levy has free-lanced as a photographer and created a photographic body of work on the American industrial landscape that has been exhibited in museums and galleries in the United States and abroad, including a one-person exhibition at the State Museum in Dortmund, Germany. He also creates kinetic metal sculpture; In America his work has been exhibited at the Solomon R. Guggenheim Museum, the Museum of Modern Art, The Corcoran and the Storm King Art Center, among others, and reproduced in publications including The New York Times and The Washington Post.

Levy and his family live in Washington, D.C.