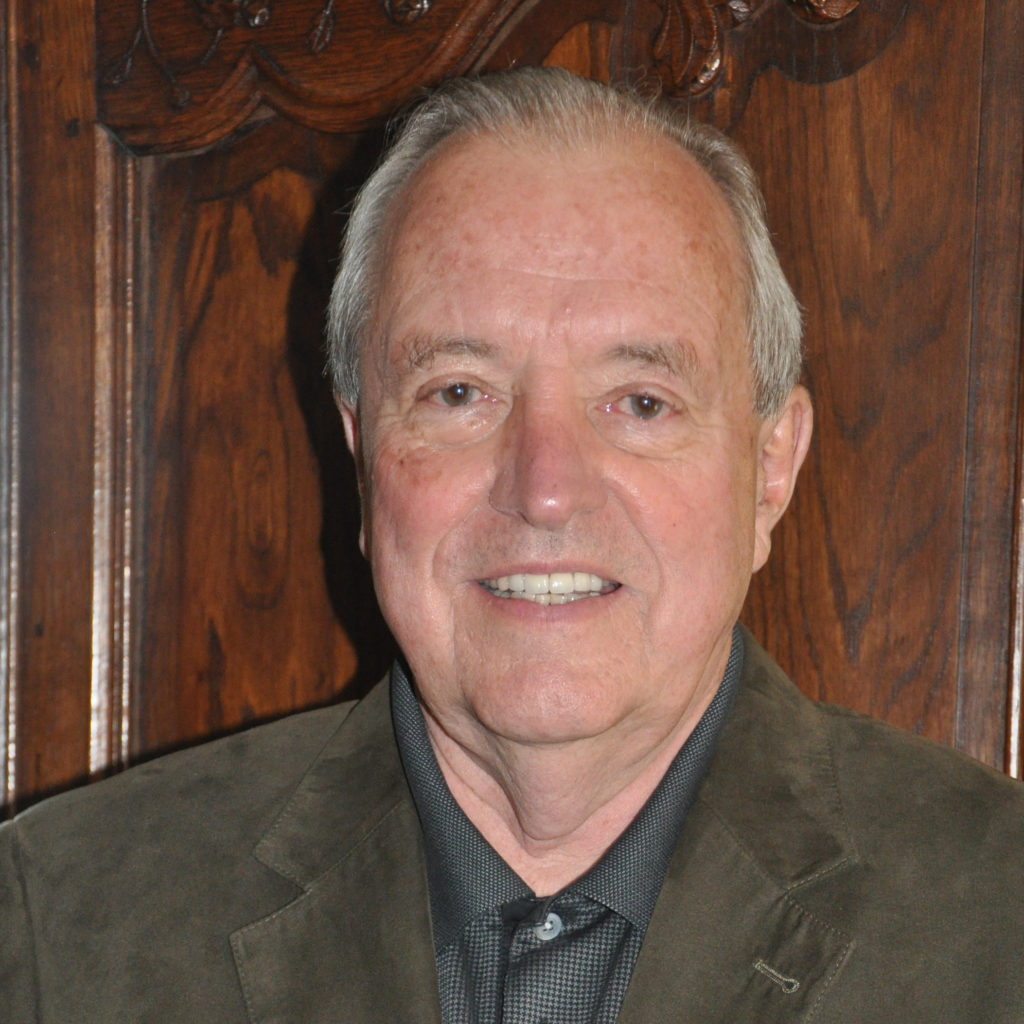 Throughout a long and successful career Neil Hoffman has transformed academic institutions with the strategic application of analytic thinking, creative problem-solving and imaginative programming. Working collaboratively with volunteers, faculty and staff, he has generated innovative blueprints for growth, change and economic stability, actively engaging these key constituencies in governance, the creation of forward-looking curricula, community outreach and fundraising. Building a climate of trust, shared values and collegiality through this common commitment to mission and goals, Hoffman’s stewardship has led to academic excellence, enthusiastic support and respect throughout the academic community.

Milwaukee Institute of Art and Design

Appointed to the presidency of the Milwaukee Institute of Art and Design in 2007, Hoffman immediately initiated a strategic long-range planning process that challenged and empowered faculty, staff and trustees to overhaul the curriculum, and shape the institution’s future. Simultaneously, a comprehensive review of student admission and retention resulted in a data-driven overhaul as well as new marketing, branding and messaging. Coupled with revamped student services, these initiatives increased enrollment by 30 percent.

Expanding collaboration and financial participation by local industry, Hoffman created a motorcycle design and power sports program with Harley Davidson, while garnering support from Trek Bikes, AO Smith, Delta Faucet, Masterlock, Fiskars, Briggs and Stratton, and Milwaukee Tools, among others. One outcome is the current ranking of the school’s industrial design department among the ten top ID programs in the US.

Western Association of Schools and Colleges
In 2005, Hoffman joined the Western Association of Schools and Colleges (WASC) as Associate Director. In this capacity he was responsible for monitoring the accreditation and status of 39 higher educational institutions in the Western Region. This included reviews of candidacy, educational effectiveness and substantive change.

He also conducted workshops and presentations on the preparation of accreditation team evaluators, teacher preparation standards and procedures, leadership and board development, fundraising, strategic planning and enrollment management.

Otis College of Art and Design
In 1993 Neil Hoffman returned to Otis as its first president since, shortly after David Levy’s 1991 departure from New York to head the Corcoran Museum and College of Art in Washington, DC, Otis had become a free-standing institution.

Hoffman’s seven-year presidency of Otis initiated another major turning point for the college and was marked by dramatic growth and academic achievement. Enrollment increased by 42 percent while greatly augmented scholarship support diversified the student body and grew a minority enrollment of 50 percent. In addition, faculty salaries were substantially raised and budgets generated sizable year-over-year operating surpluses. Hoffman initiated the revamping of the school’s liberal arts program and with support from such organizations as Mattel, Digital Domain, Intel, Macromedia and The American Film Institute, created new art and design curricula in such areas as toy design and digital media.

A $15 million capital campaign enabled the college to move to its present Westchester (LA) campus and expand its facilities, including the creation of a downtown campus for its department of fashion design. Funds raised for academic support, scholarships and for the creation of specialized classrooms, studios and labs were in excess of $6 million and the endowment was increased by 900 percent.

The college received a commendation for its accomplishments from its regional accreditor, WASC.

California College of the Arts (formerly CCAC)
Appointed in 1985, Neil Hoffman’s 8-year presidency transformed this venerable school from a struggling and almost marginal organization to a thriving and successful institution. Studio and liberal arts curricula were revamped and reimagined, changing its regional accreditation status from “warning” at the time of his arrival to “commendation” within 3 years.

Through a comprehensive marketing and enrollment management initiative, Hoffman increased CCA’s applicant pool and enrollment by 50 and 40 percent respectively. Increasing faculty salaries by 85 percent, he simultaneously eliminated a cumulative $600,000 operating deficit and produced annual operating surpluses that grew to $800,000 by the end of his tenure, along with a tenfold increase in endowment.

The School of the Art Institute of Chicago
After more than a century as a division of the Chicago’s most important museum, The School of the Art Institute became a distinctly independent institution with its own Board structure and, in 1983, appointed Neil Hoffman as its first president. Under his guidance, the newly restructured college increased its enrollment by 25 percent and achieved a balanced budget, erasing a decade of crippling annual deficits. He also acquired the school’s first residence hall, the $5M Playboy Mansion, and created the outreach program BASIC, which was subsequently adopted as a national initiative by the Alliance of Independent Colleges of Art (AICAD).

Otis Art Institute of Parsons School of Design/Otis College of Art and Design
Though a thriving public institution for many years, by the 1970s, and with little support from either public or private sources, Otis had begun to fail. As a result, and despite a capacity for some 500+ students, enrollment had dropped to the low 80s and the County government had decided to shut it down.

This situation came to the attention of Parsons’ Executive Dean and CEO, David Levy, and in 1980, after a year-long negotiation with the County of Los Angeles, Parsons acquired The Otis Art Institute and its block-long Wilshire Avenue campus for the price of one dollar.

Neil Hoffman was appointed as Dean and CEO of this new venture, which then mirrored much of Parsons’ NY curriculum and degree structure. He rebuilt “Otis/Parsons” into a thriving and academically rigorous college, recruiting star faculty and talented students, fostering curricular excellence and raising substantial community and federal funding. During these years Hoffman and Levy forged a strong professional and personal relationship, working together as visionary innovators while creating new programs that not only saved the school, but repositioned it as a major player in the mainstream of American art education.

Boston University
In 1974, Hoffman was tapped by BU’s president, John Silber, to create an innovative and highly selective new school for the preparation of professional artist/craftsmen — the University’s Program in Artisanry. Over his five-year tenure as its director he built an enrollment of 150 full time Majors and 400 part-time University students. The school’s alumni today include a significant number of leading US artists and craftsmen.

Rochester Institute of Technology
Hoffman’s career in higher education administration began in 1969 with his appointment as Associate Dean and Associate Professor at Rochester Institute of Technology. During his RIT years he chaired the MFA program for the College of Art and Design, supervised the college’s curriculum and budget and created programs for the development of community college faculty under the sponsorship of FIPSE. He also, wrote and implemented new initiatives, including a curriculum for onsite teacher training.

Neil Hoffman has served on the boards of the Wisconsin Alliance of Independent Colleges and Universities, the Alliance of Independent California Colleges and Universities, the MiKE Council (Milwaukee), and the Creative Alliance of Milwaukee. He has served on Regional Institutes of the NEA; as a member of the American Film Institute’s Advisory Committee; as a member of the Los Angeles Cultural Affairs Department and the State of Wisconsin’s task force on The Arts, Creativity and Economic Development. He Chaired the California Art Council’s Steering Committee for the creation of a statewide plan; co-chaired the Milwaukee Cultural Alliance and was a member of the Greater Milwaukee Committee. His many awards and commendations include Alumni of the Year, SUNY Buffalo; Commendations by the County and City of Los Angeles; the Oakland (CA) Business Arts Award; The Illinois Art Education Association Award; and the California Art Education Association Award. He received an Honorary Doctorate of Fine Arts from The Otis College of Art and Design.

After many years of Marriage to Sue Jeffery Hoffman, three daughters, seven grandchildren, and career marked by significant achievement, national recognition and great personal fulfillment, Neil Hoffman says, “The only thing I couldn’t do was retire. I attempted it twice and failed miserably; I have to do something of meaning and value every day.”

Possibly as an offshoot of a peripatetic career that has taken him to both coasts and the middle of the US, Hoffman and his wife have developed a passion for the restoration and/or remodeling of the houses in which they live – an appetite that has not abated, despite his having refurbished 23(!) homes. They have just completed the last of these, their current house in Palm Springs California and, still restless for the creative challenge of hammer, nails and paint, they are probably already looking forward to the next one.

Born in Kenmore, NY, to Frederick and Isabella Murchie Hoffman, Neil Hoffman was a quiet and reserved child who focused much of his energy on personal interests – making model airplanes, an outboard racing boat, and artwork. His father owned a sporting goods store and Hoffman became an accomplished skeet shooter for, as he puts it, “we didn’t have much money, but we had all the toys.” During his high school years he was a jazz enthusiast, but discovered that his real passion was making art – a talent with which he filled the margins of his high school papers, but which became more focused when he discovered it had college degree options as well as career potential.

Following receipt of BS and MS degrees from SUNY Buffalo, Hoffman became an elementary school art teacher. Some insight into his turn of mind, then and now, can be gained from his description of teaching a first grade class, which he describes as a life-changing turning point; “I experienced an incredible weight of responsibility when I realized that the students believed everything I said.”

Hoffman went on to become chair of the Unified Arts Department, Grand Island Public Schools, but left the K-12 world in 1969 to become the Associate Dean and an associate professor at Rochester Institute of Technology’s College of Art and Design.